The Leventis Dialogue Chair,
University of Nicosia,
and PRIO Cyprus Centre invite
you to a

The second lecture will be delivered by:

Mahatma Gandhi viewed Dialogue and the shared understanding that might result from it as one of the most powerful human actions for promoting an authentic culture of peace and conflict reduction techniques. His work and struggle for human rights and peace in South Africa for 21 years and the unprecedented mass upheaval through nonviolent mass agitation and constructive work for national freedom of India which lasted a period of 32 years offer very valuable lessons to humanity in the context of growing conflicts that bedevil most of the countries and societies today.
The strategies Gandhi evolved were mostly based on his profound understanding of the power of dialogue which according to him was much more than two individuals talking to each other in an attempt to understand each other or sort out outstanding differences of opinion. The dialogues of masters like Socrates and Plato in ancient times offered precious insights into the complex nature of what constitutes human behaviour vis-à-vis human aspiration which many later visionaries and social activists interpreted in the light of the evolving socio political scenario.
Honest attempts were made by many evangelists of dialogue to the collective treasures of acknowledging differences, discovering our common humanity and achieving a new understanding as the basis for mutual cooperation. It is this precious jewel of heart-to-heart dialogue that makes dialogue as the most potent and productive weapon in the arsenal of non-violent peace builders.
What's required here is an honest attempt to identify the skills and spirit that make such dialogue possible, and then build a global human culture that respects, promotes and protects them. Such an attempt has to necessarily take into account the humanity in each person, respect for each tradition, tolerance towards the multi ethnic, multi religious nature of modern societies and nations. And it has to be intercultural in all respects.
Gandhi’s strivings for a nonviolent society were characterized by both individual and societal change as an essential requisite for transformation. The manner in which leaders like Martin Luther King (Jr), Dr. Nelson Mandela, Ho-chimin, Rosa Parks, Petra Kelly, Aung Sung Sukyi, Leh Valesa, Awad Mubarak, Maired Maguire, the martyred Antioquia Governor Gillermo, the champion of Nonkilling Political Science Prof. Glenn D Paige and many inspired champions of nonviolence who adapted the Gandhian Techniques of conflict resolution through positive and affirmative human action need to be understood in the proper perspective.
The mounting conflicts of various kinds prevalent in almost all societies and countries of world today call for honest and concerted efforts if humanity has to survive. The Truth Reconciliation Commission, led by Bishop Tutu in South Africa and the lessons humanity may learn from this highly bold and imaginative step to conflict reduction and nation building, unfortunately, has not been properly understood. So also, we have to learn from the pioneering efforts of Dr. Daisaku Ikeda, President of Soka Gakai International, whose Herculean efforts to promote dialogue for Global Peace and sustainable development.
Gandhi, the prophet of nonviolent social change offered through what he described as Satyagraha, a viable alternative to the problems of violence and positive conflict reduction techniques which differ from society to society and country to country. The core of Satyagraha was action and respect for the pluralistic mosaic of humanity. Does humanity care for this truth? 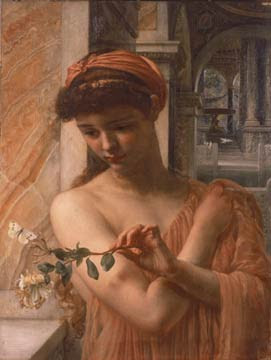